Skip to content
It’s been almost a year since I moved from Paris to the South of France and my time here hasn’t all been sunshine and wine... After 10 months of living here, I have 10 thoughts to share with you about what I love and what I don’t love as much about the South of France.

It’s been almost a year since I moved from Paris to the South of France and my time here hasn’t all been sunshine and wine. I recently finished my first year teaching English as a lectrice (lecturer) in the sunny Catalan city of Perpignan. This time last year I was finishing my Master’s thesis and reminiscing about my year in the city of light and love. Even though I loved the rest of France, I thought my time in Paris was being cut too short. I’ll admit that when I first moved to Perpignan, I had a hard time adjusting. I didn’t have any friends, I was starting a new job, and I didn’t think there was as much to do there as in Paris. I found my footing eventually and have grown to love this little corner in the Southwest of France. After 10 months of living here, I have 10 thoughts to share with you about what I love and what I don’t love as much about the South of France. 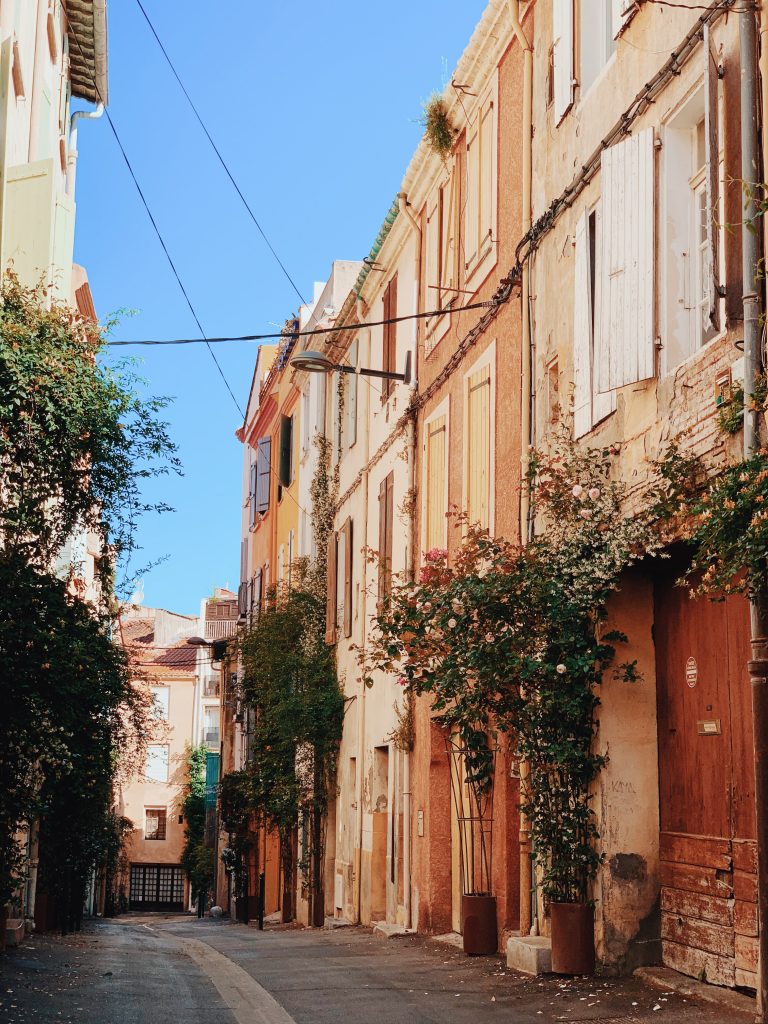 The Charming South of France

Let’s start out with the not so good and save the best for last! These reasons are subjective of course and just based on my experience in the Pyrénées-Orientales region. Each region and city of the South of France is a little different, so life in Toulouse or Marseille would not necessarily be the same as life in Perpignan.

1. Living in a Small City

Last year I lived in Paris, where there was always something to do, a new neighborhood to explore, new people to meet and so on. Now I live in the city center in a smaller French city and I feel like I have already seen everything there is to see here. Of course I haven’t been to every restaurant or visited all the museums, but it feels like I have. When the old town is small and the other neighborhoods are mostly residential, sometimes I have the impression that I’m trapped in a bubble. If I want to see something new, I have to travel outside of the city itself. 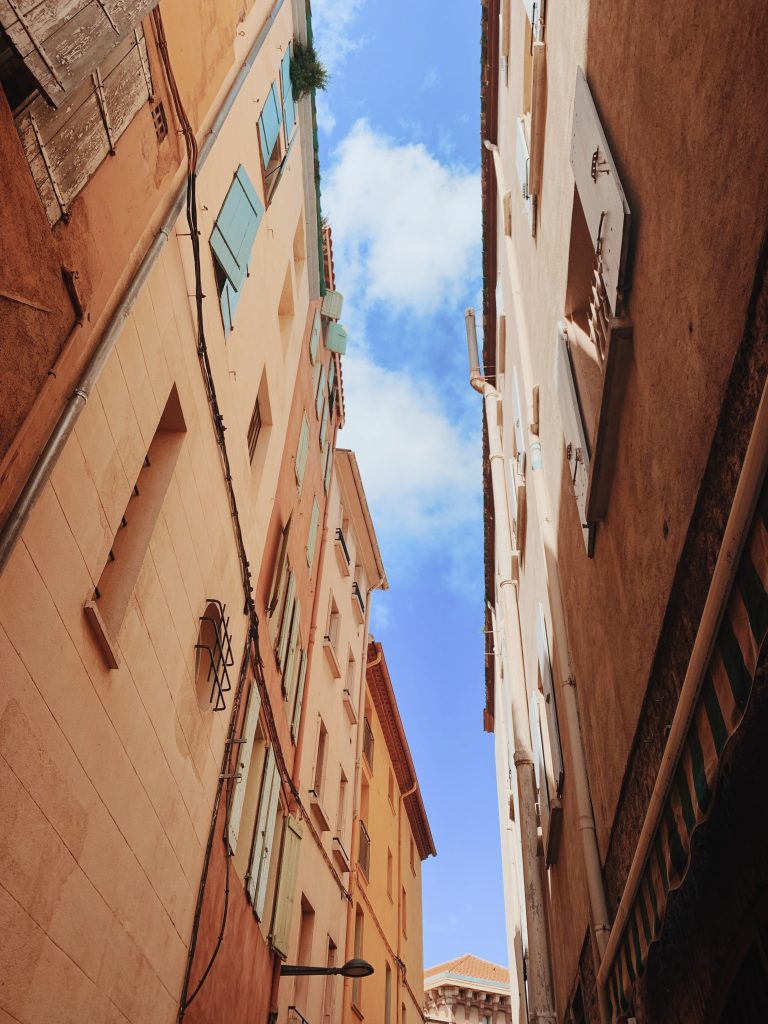 A Tiny Street in Perpignan

Most of the little streets in town are adorable and just what you would imagine the South of France would look like. However, there are a few streets that always seem to have some sort of litter scattered about. These dirty streets make me feel sad sometimes because it seems like the people doing the littering don’t care about the environment or don’t have any respect for the town. But maybe the city should be doing a better job of cleaning up the streets. This is a sensitive topic however because my city is in a poorer area of France and has a high rate of unemployment. 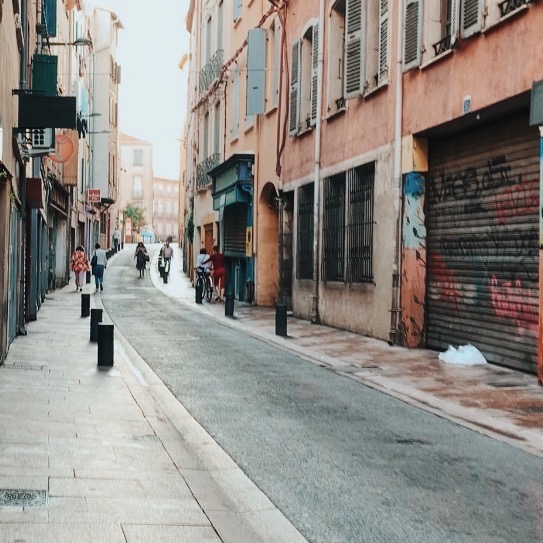 Some Litter on the Street

I’m not saying that I don’t have any friends here or that it’s impossible to find friends in the South of France. However, it is much harder to make friends with the locals than in Paris. I’m not a student anymore in a cosmopolitan city where there are events everywhere and other international students to meet. Since I live in a smaller city, people already have close friend groups and might not necessarily be looking for new ones. Most of my friends here I met through work. If I want to branch out more into the community I think I will have to join a club or an association! 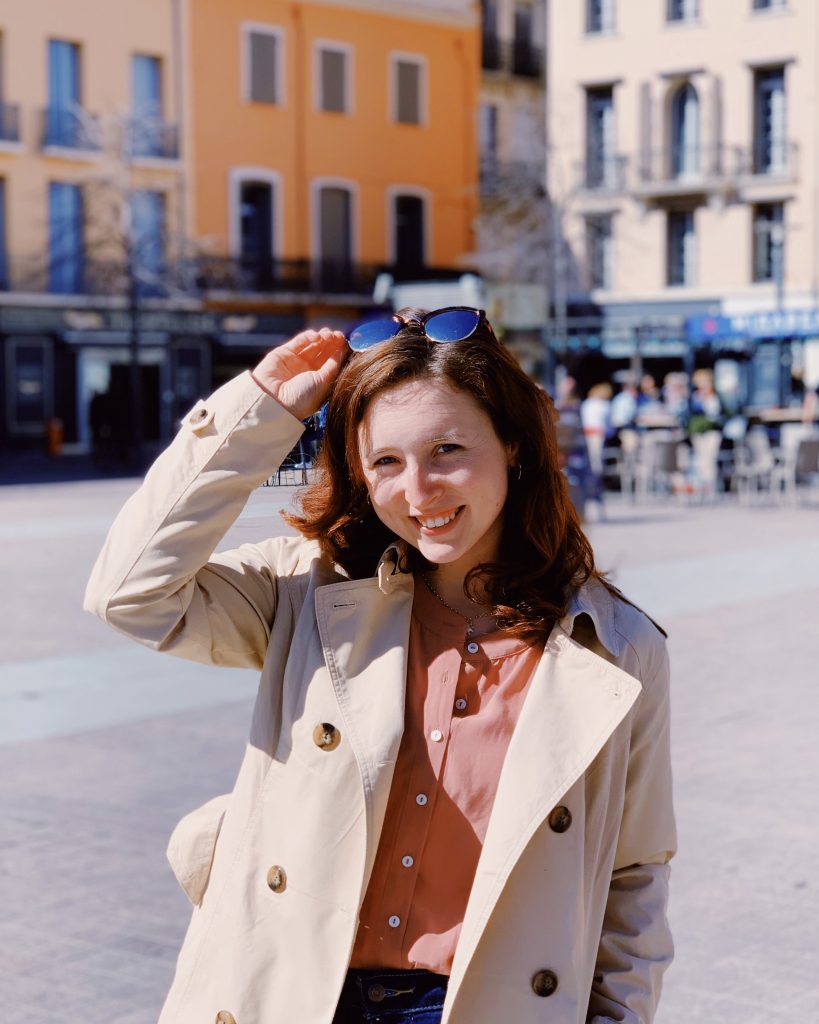 Living in the South West corner of France close to Spain has its perks, but sometimes I feel disconnected from the rest of France! Paris is 5 hours away by train, but if I lived in a bigger city like Montpellier or Bordeaux, it would be closer to 3 hours away. In fact, I live closer to Barcelona than I do to Paris. There’s also not as much public transportation here; there’s no metro or tram. If I want to get out of town, I have to take the city bus, the train, or my bike! Earlier this year I felt trapped in Perpignan because of railroad track damage from flooding and canceled trains from the notorious SNCF strikes. 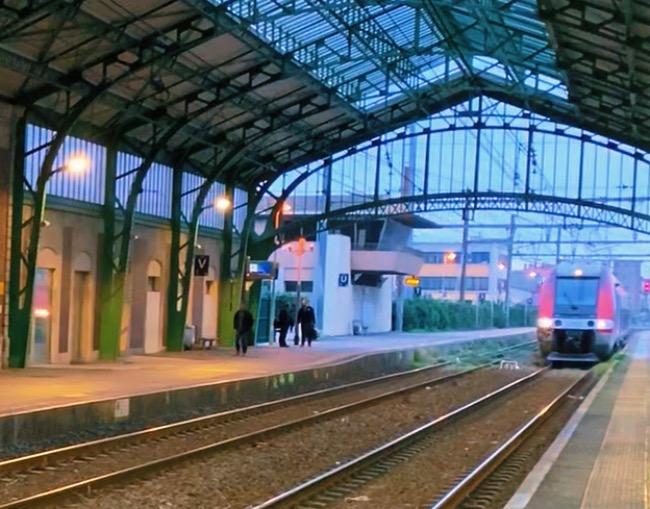 This isn’t a political blog, so I don’t express my opinion on the subject here very often. However, I will admit that I do feel more comfortable living in a city that aligns with my political beliefs. In the area there is a large following for the Rassemblement National party, formerly known as the Front National. This party is part of the far-right in France and is known for being anti-European Union and anti-immigration. The current député of the area is a part of the RN, but the mayor is part of Les Républicains party. The next round of the mayoral elections is set to be held later this June and the new mayor could very well be a RN member. As a white American “expat,” I’m privileged to not have to worry that much about my immigrant status in France. However, I do worry about others in the area from places like North Africa, who do face discrimination in France. 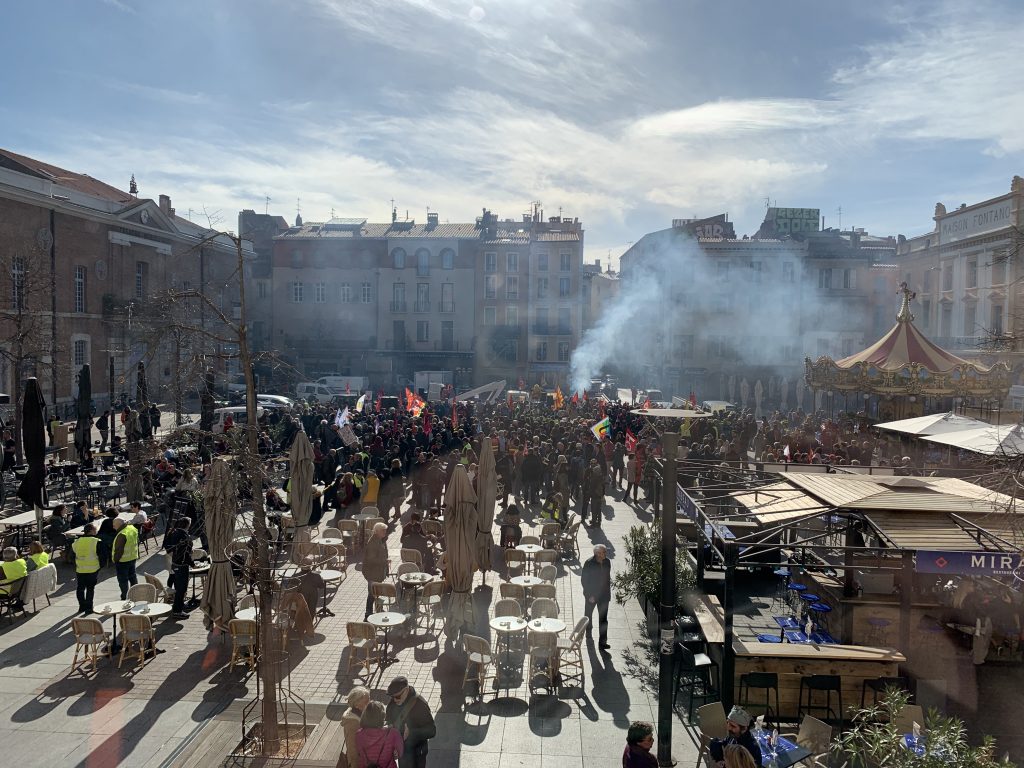 A Protest in Perpignan

5 Things I Love about Living in the South of France

Now that the negative is out of the way, let’s get into the reasons why I love living in the South of France! Although I would be happy to live in Paris again someday, I am lucky to call the South my current home.

Here in the South I’m close to the Mediterranean Sea and the Pyrenees mountains, which can be seen from the center of town. Living in a city, it’s important to me to be able to get some fresh air and spend time in nature once in a while. I love knowing that I can get on my bike and in just a few kilometers I am surrounded by countryside. On my rides I’ve seen horses, farms, vineyards, poppy fields, and mountains in the distance. I can also hop on a bus and an hour later be hiking in the middle of nature. 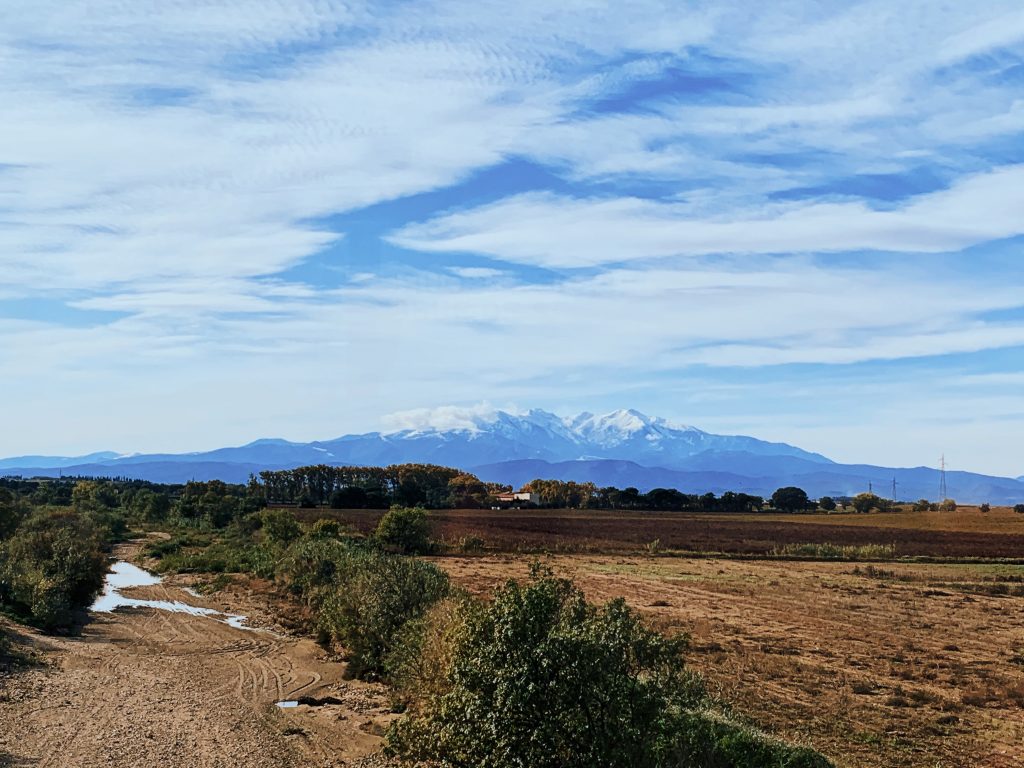 The Mediterranean is known for its cuisine and Perpignan is no exception. Going to the farmers’ market and perusing the fresh fruits and veggies is one of my weekend pastimes. Being close to Spain, there are also lots of restaurants that serve tasty tapas for sharing with friends. Outside of the city limits you will find vineyards all around. In Roussillon, you can find wines like Muscat, Sweet Natural Wines (Collioure and Banyuls), and Côtes du Roussillon. 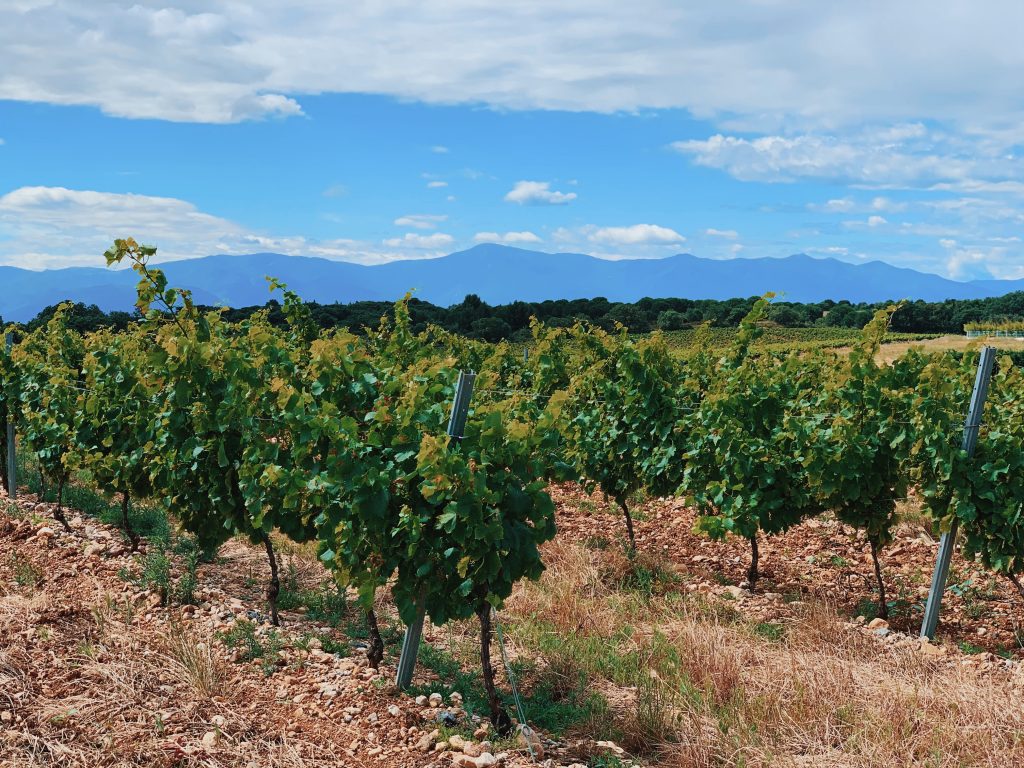 When I first moved here last August, I wasn’t a fan of the heat. I was worried that it would be warm all year round and I wouldn’t get to experience the other seasons. When winter came around I was surprised how cold it got! It was never freezing, but it was nice to have some light during the colder months. As much as I loved the cloudy rainy days in Paris spent in cafés, the sunshine is much better for my mental health! 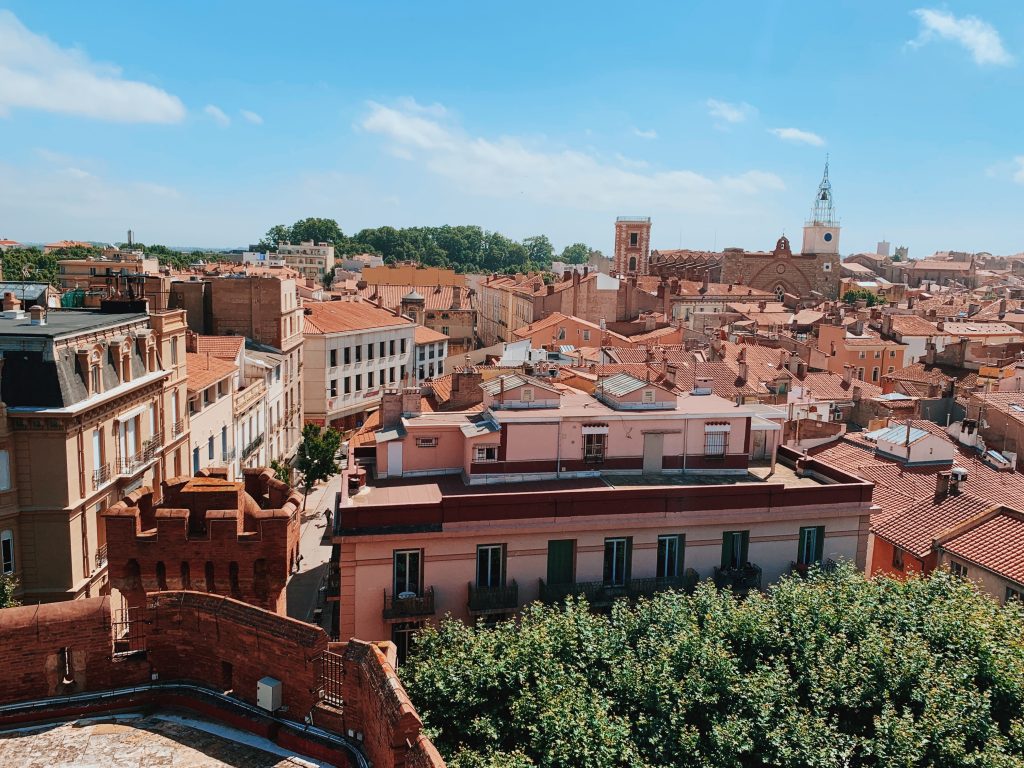 View of Perpignan from the Castillet

When I first moved here, I was surprised how nice and relaxed people were. Life in the South is sunny and slow; people aren’t in a rush all the time. I definitely appreciate the friendliness being a foreigner abroad. Even though I am an introvert, I still appreciate the small talk with neighbors, co-workers, and shopkeepers. Between teaching, traveling, and keeping up with my blog, I sometimes forget to take a moment to pause, but the attitude here reminds me to slow down. 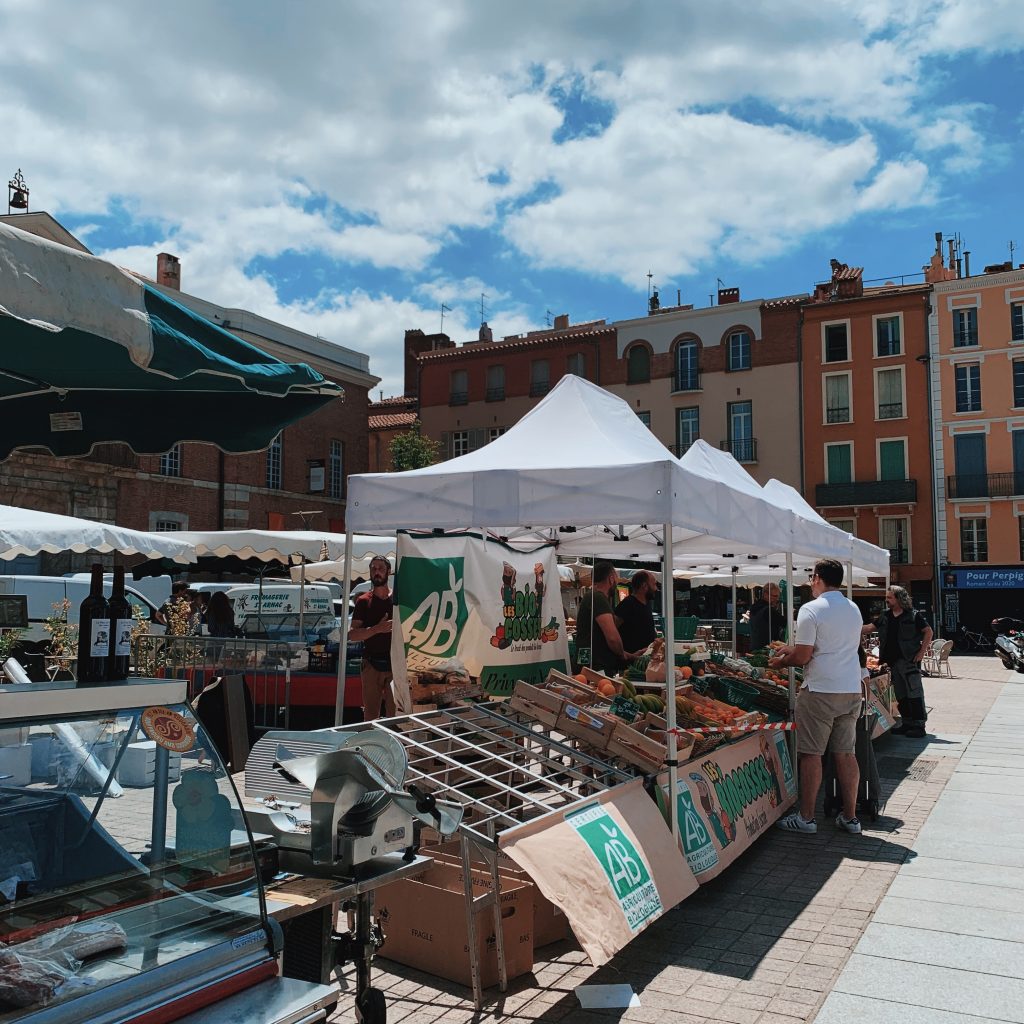 Enjoying a Day at the Farmers’ Market

The last reason why I love the South of France is the colorful architecture. I grew up in a suburban city in the US where buildings were built more for function than beauty. As a romantic soul, I am always in awe with French architecture. In Paris there are impressive apartment buildings with powdery blue roofs and wrought-iron balconies. In the countryside you can explore the magnificent châteaux of former kings. Here in the South, you will find charming little streets with buildings of every color! Even though my city is small, I never get tired of wandering through the old town and admiring the pinks, blues, and yellows above. 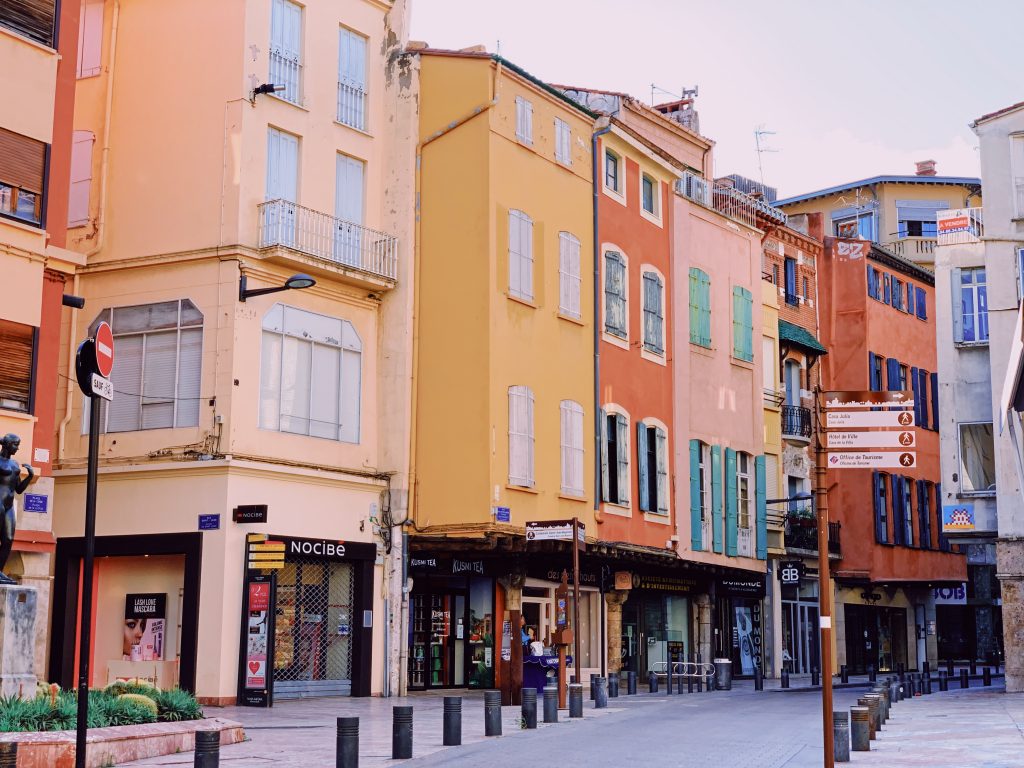 Thank you so much for reading! Don’t forget to follow the blog for more updates about my adventures here in the South of France.

Join 273 other subscribers
Follow Baguettes and Bicyclettes on WordPress.com